Mining Brantas River: From Crisis to Way Out 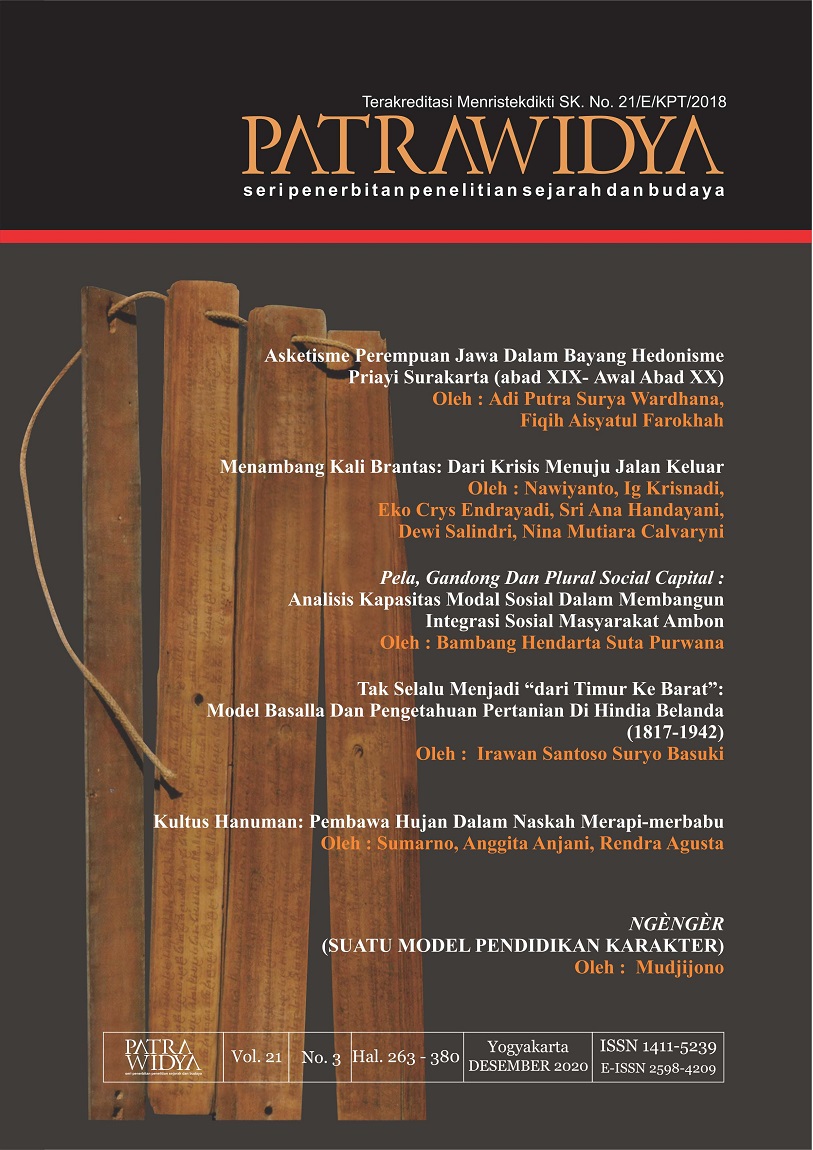 This article discusses the sand mining in the Brantas River which was initially useful but has turneds to be a threat, and is expected to further enrich the historiography of the river, which has so far focused more on the river as a center of civilization, source of disaster and pollution. By relying on archival sources, contemporary newspapers, and interviews, it is argued that the Brantas river crisis occurred due to the acceleration of sand mining, which was triggered by growing demand for sand for city development and facilitated by the use of modern technology in the form of mechanical sand extracting machines. Mechanical sand mining causes damage to infrastructure and settlements in various places along the river from downstream areas that continue to creep upstream, as well as the loss of biodiversity richness. The search for a solution has been going on for some time, but failed to stop mining and bring the Brantas River out of the crisis. The failure occurred not because of the absence of a legal umbrella, but the difficulty of implementing regulations in the field due to the involvement of unscrupulous officials and politicians in the Brantas sand business, as well as the temptation of large and easy profits from mining in the midst of the limited available alternative employment.
https://doi.org/10.52829/pw.312
PDF (Bahasa Indonesia)

This work is licensed under a Creative Commons Attribution-ShareAlike 4.0 International License.